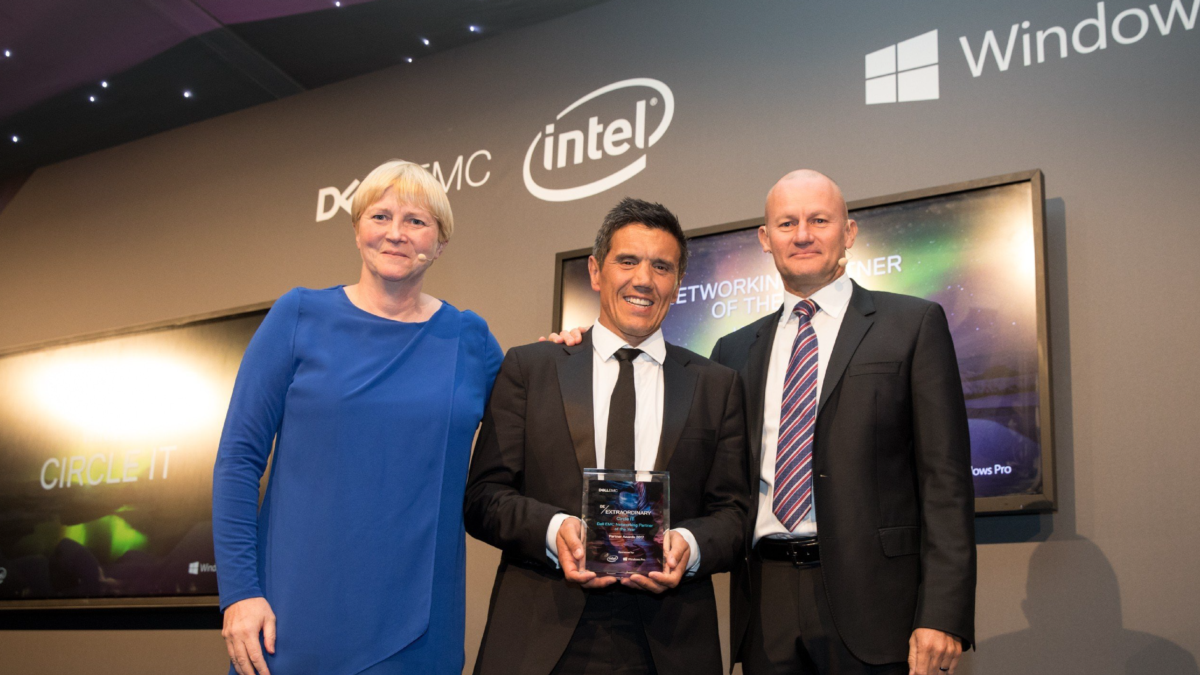 On Monday 26th June 2017 CEO Roger Harry and Sales & Marketing Director Ken Harley attended the Dell EMC Channel Gala Dinner and Awards Ceremony at The Tower of London. The evening’s theme was ‘Find your extraordinary with Dell EMC’ where industry peers and some of Dell EMC’s top Senior Executives from the UK, EMEA and US celebrated some of the exceptional business achievements from the last year.

Circle are truly delighted to have won the Networking Partner of the Year award once again, for the third year. The award follows another successful twelve months which has seen the completion of many large projects and a number of new clients including The University of Dundee which was Dell EMC’s largest networking project to date.

Roger and Ken were pleased to see so many friends a colleagues on the night and are thrilled to hear a total of over £1,500 was raised for victims of the Grenfell Tower tragedy.

Thank you to Dell EMC for the award and a very memorable evening, Roger and the team are looking forward to next year’s already! #BeExtraordinary2017