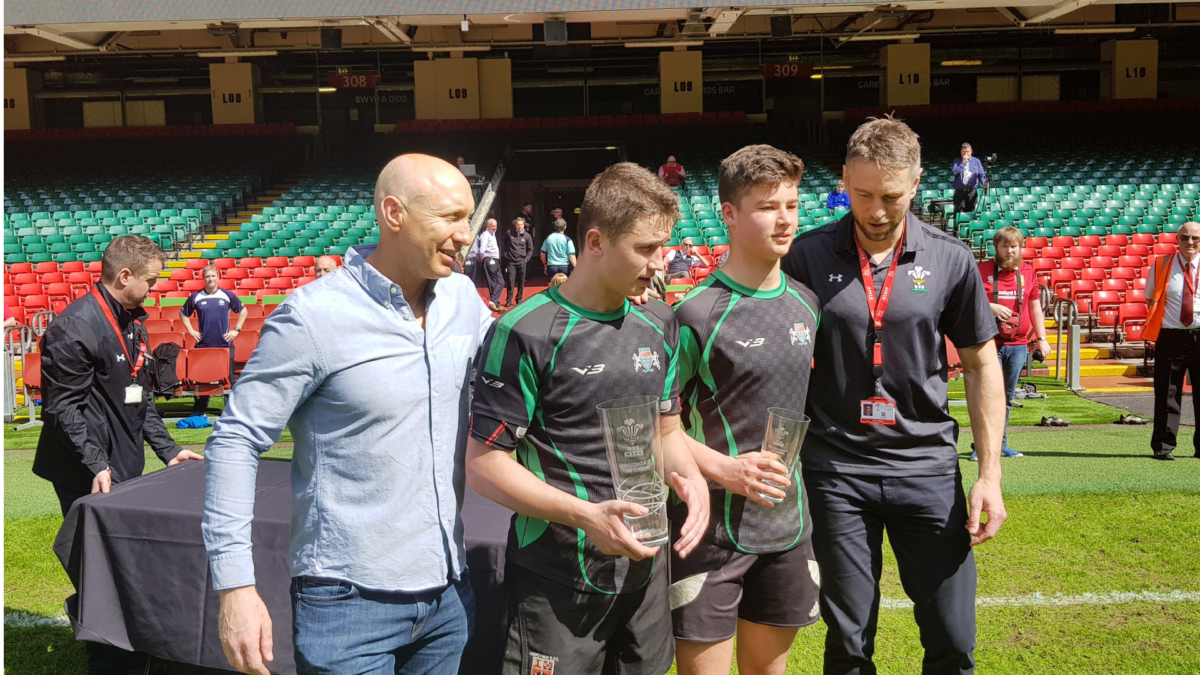 Circle are very proud to sponsor the WRU Schools Rugby Final which took place on Wednesday 18th April at the Principality Stadium, Cardiff. Congratulations to Mountain Ash CS / St Johns CCS who were thrilled to take the win with a final score of 19-12. We were delighted to have former Welsh rugby union player, Tom Shanklin, who played for Cardiff Blues and Wales, in attendance to present the winning team with the Circle Vase.

It’s great that Circle have sponsored the Welsh Schools and College Tournament. As a past pupil of Greenhill School it was brilliant to see them reach the finals. Schools and college rugby plays a huge part in the rugby development and life skills of these young men, it was a pleasure to hand out the awards, and well done to the winners Mountain Ash CS / St Johns CCS

The match kicked off the Road To Principality which showcases the best that Welsh grassroots rugby has to offer over a fortnight. More than 50 schools, colleges, clubs and representative teams will take part in a series of finals and matches to celebrate Welsh rugby.

Find out about more upcoming matches on the WRU website HERE